I am excited to continue working on the show on Thursday! 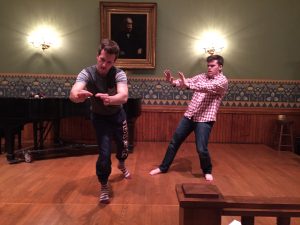